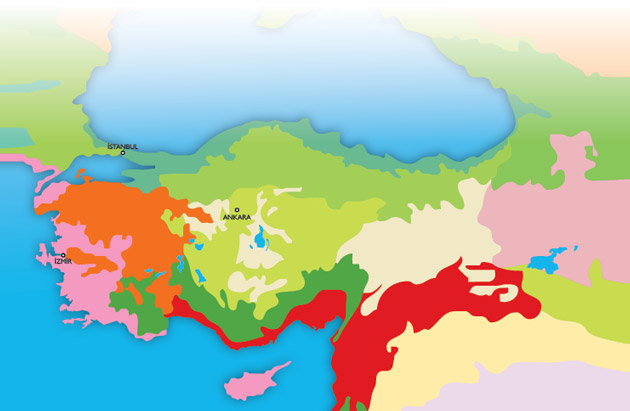 As a current resident of Turkey, this post is about how I began to see the country for what it is; a haven of biodiversity trapped in a political inferno for biodiversity support. It’s a place of natural history in which the lives of people and the lives of animals have intertwined throughout the centuries in legends. But today, it’s a place where residents don’t even know their own wealth–six years ago only 1.3% of the population considered environmental problems a main concern. Turkey is a place of blindness.

The land that comprises modern Turkey is known for many things. It has been home to numerous ancient empires including the Hittites, the Romans, the Byzantines, the Seljuks and the Ottomans. The ruins from each different period of history dating back to ancient prehistory of mankind attract archaeologists from around the world. The UNESCO World Heritage Site, Çatalhöyük, dates back to as early as 7400 BC and receives international attention as the largest and oldest human settlement.

As in ancient times, Turkey is still in many ways the center of the world, politically. In recent years, it has had a particularly important role to play in the Syrian refugee crisis and it has alliances with most of the world’s superpowers, whether or not the policies of those powers align. Internally, Turkey is currently shifting away from a democratic system towards autocratic rule. The current regime is known for favoring large infrastructural projects and hydro-projects that threaten the environment.

Living in Turkey has not afforded me time to pursue long hikes or adventures in the outdoors. Instead, I have taken on the role of a desk-naturalist who merely sifts through the information I can find online to understand and interpret the environmental issues faced by this country. My interest in biodiversity is always filtered through literature, published research, photography, and editorial articles. 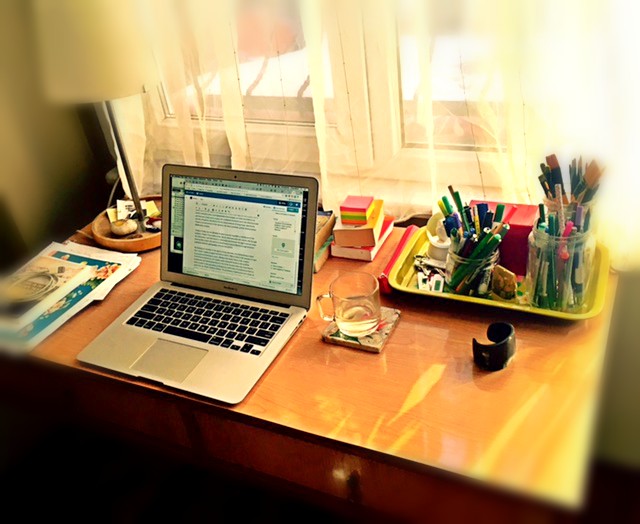 My findings are startling. In our epoch of mass extinction, it is disheartening to learn that Turkey’s ranking dropped from 66th in 2014 to 99th in 2016 of 180 countries in Yale’s Environmental Performance Index. Adding to the dismal status of the country’s environmental protection, the country ranks among the lowest in the world for biodiversity and habitat protection at 177th of 180. In some sense, this shows that it’s status as party to the Convention on Biodiversity seems more of a dubious promise on paper than an earnest adoption of policy. The protection of biodiversity here hinges on finding a trigger that can alight people’s eyes to the danger and inspire an urge to protect what we still have.

It is not enough to lump the data into figures, percentages, charts and maps. From a distance, biodiversity represented in this form no more compelling than a census, which tells us nothing of the eternally quixotic lives of people. We need to remember the smell of plants, the texture of leaves, the feeling of standing on a mountain and the sounds of the animals in the environment. This has formerly been the purpose of literature and poetry, but in the hands of field scientists trained in the art of statistical analysis, the lyrical magic of the senses is lost.

Turkey’s litany of fragmented and unevenly distributed mountains create cloistered in regions of biologically diverse species not unlike the archipelago topography of the Galapagos Islands. Nearly a third (30.6%) of the plants in Turkey are endemic (species only found in Turkey), which is an impressive number considering that, for comparison, Austria’s level of endemism is only 1.54%. As many as 3.000 of all of the world’s 9,000 vascular plants are found in Turkey. The flowering medicinal genus Astragalus favored by herbalists grows in abundance in the plains of Anatolia, variegating into different thorny species. Likewise, Turkey is the heartland of the genetic distribution of the flowering Verbascum genus of which 79.4% are Anatolian endemics.

Turkey’s genetic diversity is still present in its varieties of  agricultural crops. For instance, 30 different types of wheat are still cultivated in Turkey.  Its five ‘micro gene centers’ account for a rich diversity in medicinal plants, nuts, legumes, stone fruits, and grains. This wealth of diversity plays an important role for the future of agricultural sustainability.

Two of the great bird migration paths of the earth traverse Turkey, littering its airways with avian creatures and offering them feeding and breeding grounds. This includes one migratory path that creates a bottleneck over the Bosphorus Strait that divides Istanbul between two continents. Large mammals traverse the region such as the striped hyena (Hyaena hyaena), brown bear (Ursus arctos), gray wolf (Canis lupus), caracal (Caracal caracal), and Eurasian Lynx (Lynx lynx). Bears have by now become addicted to open landfill waste, resembling pigs in their eating habits, while the gray wolf still inhabits a position of nationalistic symbolic power for the far right, whose interests rarely transcend symbolism to an appreciation for the actual environment. Turkish legends, however, tell of even more exotic species that have since vanished. The Anatolian cheetah, lions, tigers and aurochs of long ago are now no more familiar than unicorns in contemporary Turkey.

The largest grove of Lebanese Cedar, with its important place in the Epic of Gilgamesh, grows in southeastern Turkey. This natural region of Anatolia, framed by the Taurus mountains, has also been commemorated in the fiction of one of Turkey’s most well known authors: Yaşar Kemal. His book, Memed, My Hawk, is particularly noteworthy for its rich descriptions of the landscape and deep reverence for the region’s ecological uniqueness.

There seem to be few people genuinely committed to honoring the bountiful splendor endemic to Turkey. Research is far too inadequate to even begin discussion among the scientific community. Suffering from neglect, Turkey is often shunned by Europe and exploited by NATO as a strategic military base for engaging in the Syrian conflict. A flourishing tourist industry has tapered off rapidly over the past few years since the country has been plagued by political tours de force and terrorist attacks. Those in power are intent on carving up, excavating and blocking the natural pathways with concrete.

Nevertheless, any search on Turkish biodiversity immediately leads to one name at the forefront of preservation: Çağan Şekercioğlu. A charming profile has been written about his work, entitled “Natural Histories” in The New Yorker by Elif Batuman. This one name is enough to know that Turkey is not a place of total neglect. In Turkey, he can be found championing a wildlife corridor near Kars, a region made famous by Orhan Pamuk’s novel, Snow, and developing bio-cultural tourism in villages for the sake of his primary area of research, ornithology. His research is based in Utah but spans to many of the world’s most threatened bird habitats and his Instagram account (@cagansekerlioglu) is a testament to the rigor of his work. He has suggested that the deficit of public awareness in Turkey is perhaps one of the most significant challenges for the protection of its biodiversity.

One thought on “Turkey: A Blindspot of Biodiversity”