I created a blog that encourages readers to think deeply about the mass extinction underway and the role of biodiversity in our world.

Tell me about the blog’s name.

Let’s divvy up the planet among all species, not just people.

What is the purpose of Biodivvy?

According to Science Advances Magazine, we have entered the sixth mass extinction of the planet according to research led by Gerardo Ceballos at the National Autonomous University of Mexico. So, in the face of unprecedented rates of mass extinction and a Donald Trump presidency and cabinet, which seeks to destroy the United States’ existing legacy of environmental leadership, I HAD TO DO SOMETHING!

Cumulative vertebrate species recorded as extinct or extinct in the wild by the IUCN (2012). Dashed black curve represents the number of extinctions expected under a constant standard background rate of 2 E/MSY. This is a highly conservative estimate.

Who created this blog?

This blog is the brainchild of Erica Eller, an biodiversity enthusiast living in Istanbul, Turkey.

We all know environmentalists can be preachy and tie themselves to trees. Sometimes, they have outdated websites and  make up goofy neologisms (ecofeminism, ecosexuality, ecocide, ecocity, rewilding, biodivvy, etc.) to support their causes.

They are often accused of spreading doomsday messages. In other words, they try everything to get the general population to care about the environment.

I did grow up on Fern Gully and The Lorax and maybe it sounds lame, but I do want to “save mother earth” and “heal the planet.” I care, just like those activists who dress up as bees to protest Monsanto.

I also grew up in a unique cultural intersection of bulldozers and nature. My family owned a construction business, but we lived on a large plot of land and camped in wilderness areas during most of our vacations. That was confusing, but…

I wanted to know more! I turned to reading and research to contemplate the historical, political, corporate and social angles of environmental problems. I’m not a scientist, nor have I majored in biology. Instead, I have a Master’s degree in English Literature. I learned that becoming an environmentalist is fraught with contradictions and dilemmas, which should not dissuade us. We can split hairs all day, but the clock is ticking (and Donald Trump became president).

I chose to focus on biodiversity as a means to redirect our energy from the problems to the solutions: rebuilding habitats, understanding other living species and our related interdependence, and acknowledging these species’ (assumed) voice in the struggle to protect our natural resources.

Who is this blog for?

This blog is mostly for everyday people: average Joes and Janes, educators, activists, artists and other non-scientists.

Even though I don’t want to get too serious and scare away those who are faint of heart, this blog is nevertheless for people interested in systemic and structural change by reconsidering the implications of our capitalist system of land and resource ownership.

What are the goals of the blog?

Many of us weren’t even born yet when the fullness of the earth’s bounty could be sensed, observed, and appreciated. Mass extinction is upon us. … END_OF_DOCUMENT_TOKEN_TO_BE_REPLACED 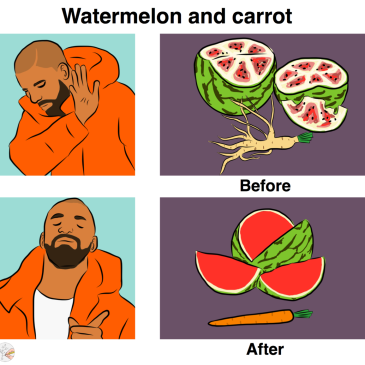 The A-Z of Biodiversity in 2018 on behalf of International Biological Diversity Day. … END_OF_DOCUMENT_TOKEN_TO_BE_REPLACED